Predicting the weather seems to be an increasingly difficult task, even with all the technological innovations at our fingertips. Of all the trades, roofing professionals find themselves most impacted by weather of all types. Just a simple forecast of light rain can send work schedules into a tail spin of unknowns.

Skyco Skylights wanted to get a better sense of how the severe weather (more specifically rains in the Southwest) have affected work logs and expectations for roofers in 2017. We surveyed 2,500 commercial roofers about the expected work load result from the unprecedented past 2 months of rain.

Our goal is to develop a clear view of the near future not only for our benefit but for roofers to maybe adjust their revenue expectations for 2017. Hopefully our forecasting ability is better than top national weather services and farmer almanacs.

Spoiler Alert!… The response theme looks promising with significantly more growth for commercial roofers than planned back in Q4 before the “motivational weather” set in. Here at Skyco Skylights we have beefed up production personnel to keep up with demand. It is suggested for timely delivery to get orders on the books before the rush in March and April.

Full disclosure; our participants responses were kept anonymous and incentivized to participate. Each participant was only able to submit one survey. The mix consisted of primarily roofers with a focus in commercial roofing and an estimated 80% service the Southwest. 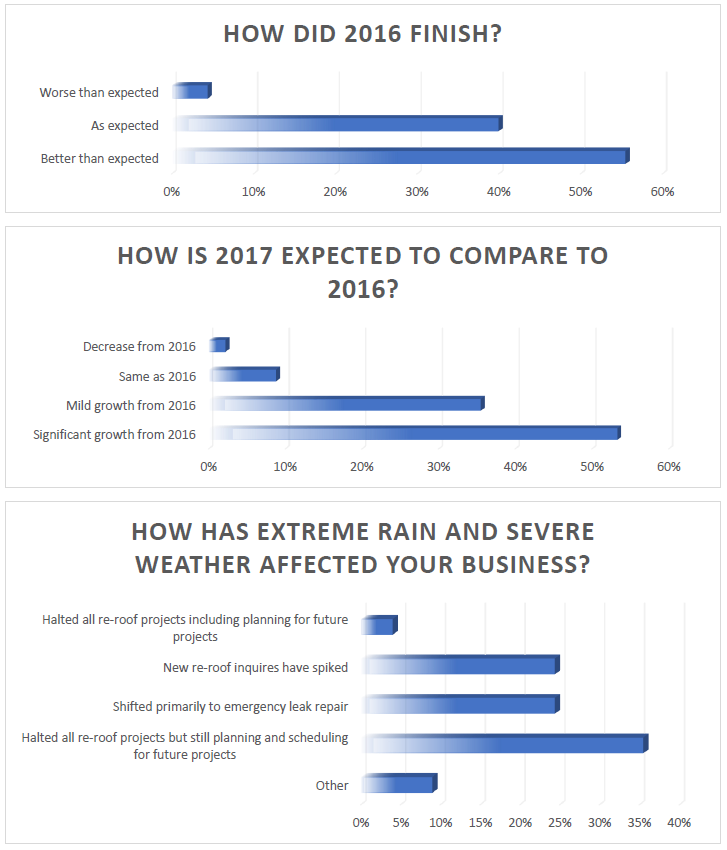 Bob Marshall, President and Co-Founder of Skyco Skylights comments, “In my 40+ years of skylight manufacturing experience, we have never seen rain impact our industry as positively as it has.” He adds, “Re-roof projects are on the rise and skylight upgrades are projected at a level never seen; pushing production to all-time highs.” 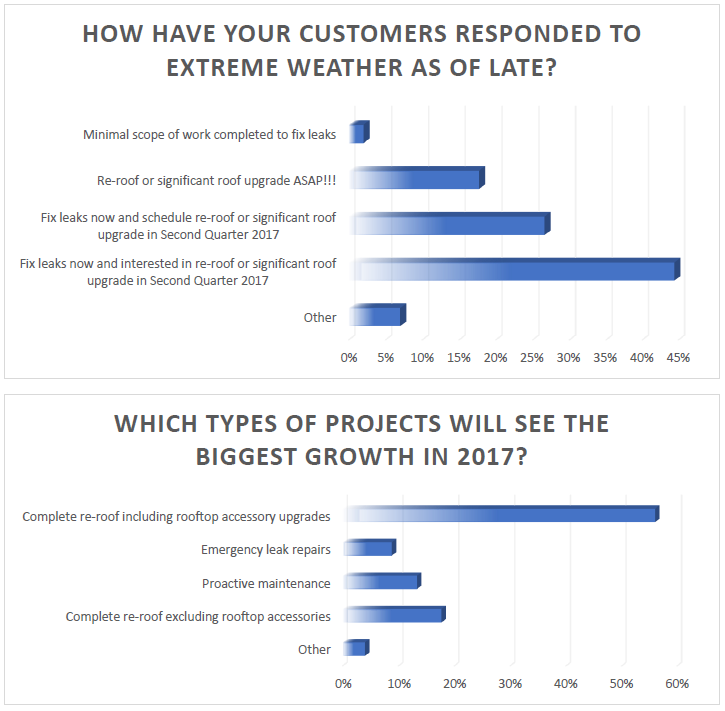 A roofing representative from Southern California commented, “…we have seen an uptick in requests for replacement roofing surveys and budget proposals. We aim to turn these into closed sales. Hopefully facility managers, building owners, building engineers, etc, realize it is time to replace their existing failing roofs that have been ‘band-aided’ for the last 10 years.” 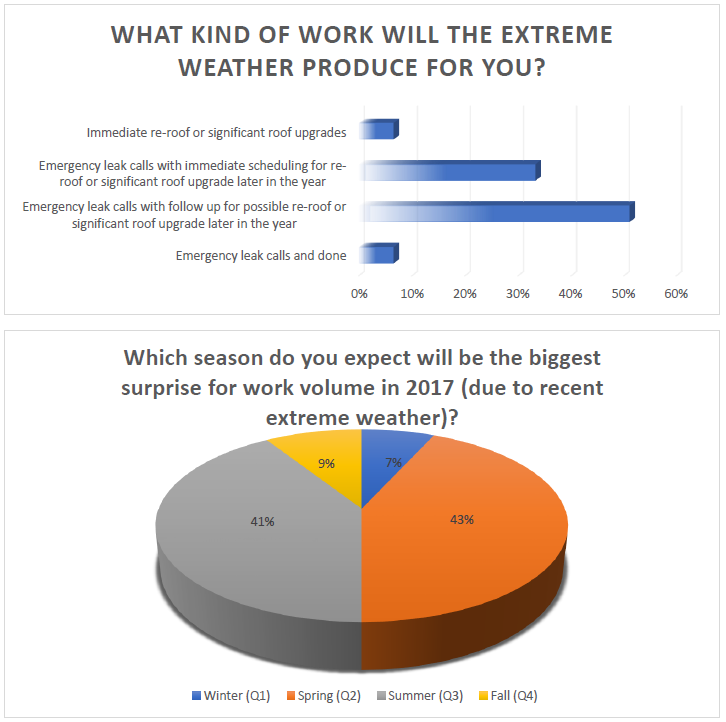 Without a doubt, there is a drastic spike in re-roof inquiries from facility managers and building owners. After roofers conduct inspections of potential projects it will be up to sales teams to convert those prospects into booked re-roof projects.

The market is primed for significant growth from 2016, which happened to be a strong year in itself (Thank you El No Show). The drought, in our not so distant past, put a lot of roofing projects on the backburner. Let’s be honest, many building owners are not as proactive about roof upkeep as they should. Now they are almost forced to address this pent-up demand which should translate into a boom for our industry.

Rain can be bitter-sweet. Without it, building owners find it hard to justify proper upkeep or re-roofing. When we do get rain, it can disrupt schedules quite a lot. This past few months of severe rain has forced a lot of building owners and facility managers to address the most neglected part of their buildings, the roof.

As 2016 came to an end, very few if any planned for the kind of weather we’ve received in the last two months. It has caused many roofers to increase their work log expectations for 2017 re-roofs. Scheduling for the high demand will become the next challenge… a good challenge to have. 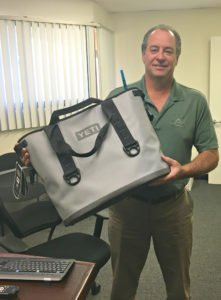 Bill was the randomly selected winner of the YETI Hopper 30 giveaway. Thank you Bill and everyone who participated in the roofing market survey.

“The rains here in Southern California have been a great boost to us. Lots of new leads have come in and this bodes well for a busy and profitable 2017!” -Bill Baley C.I. Services